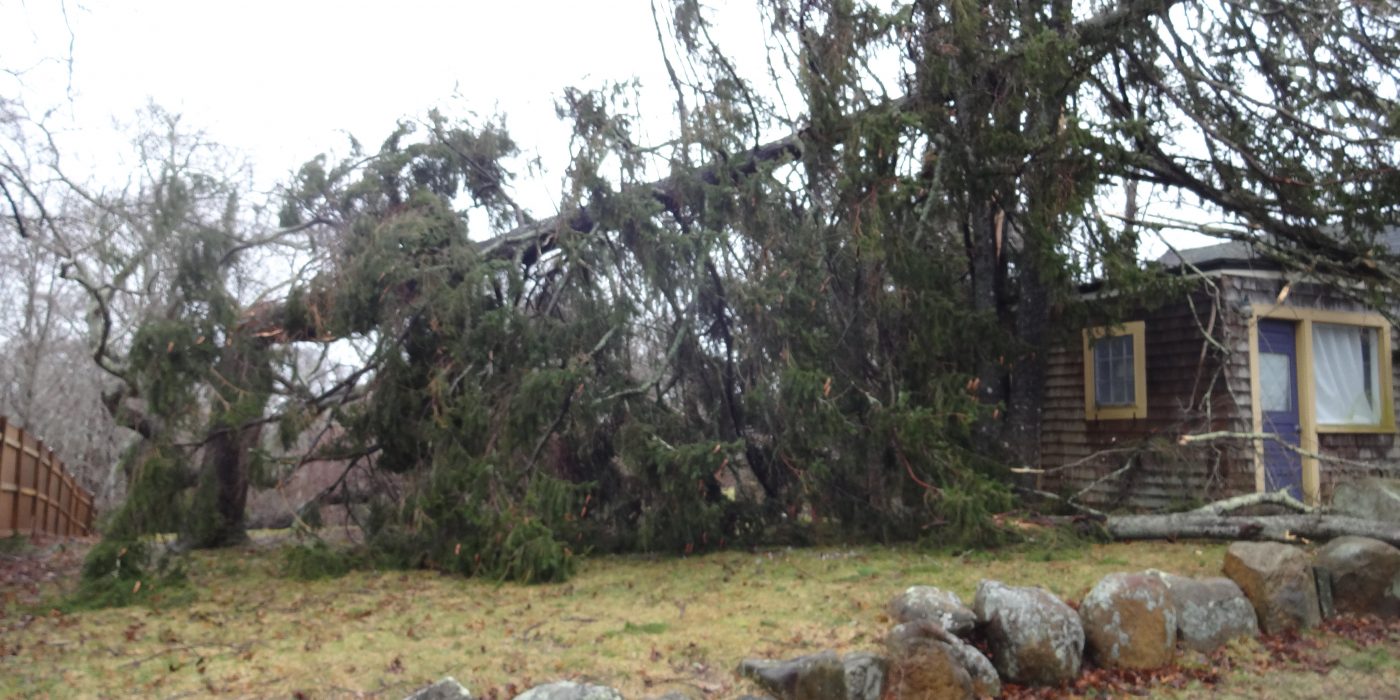 Owning a hotel on Martha’s Vineyard, or anywhere in New England for that matter, brings with it the “fun” of experiencing some pretty wild storms.  The end of summer months (August through October) is hurricane season and then winter (December through March) is Nor’Easter time! The islands of Martha’s Vineyard and Nantucket are outliers on the potential tracks of hurricanes and normally are kept safe as storms tend to barrel into the east coast way to the south or take a right turn before reaching this far north and head out to the Atlantic. Occasionally, however, a hurricane sneaks it’s way all the way up and then the islands, jutting out into the sea like a rookie boxer’s chin, are just perfect for taking a direct wallop! Hurricane Earl (2010), Hurricane Irene (2011), Hurricane Sandy (2012) and Hurricane Jose (2017) came very close but had been downgraded to tropical storms before they reached the islands. However they did give us some wild, wet & windy weather and big surfing days. Hurricane Bob (1991) was the last time a hurricane hit Martha’s Vineyard and it devastated the islands and Cape Cod.  So it is rare for a hurricane to churn its way all the way to New England. What aren’t rare are Nor’Easters and they often pack hurricane like conditions. 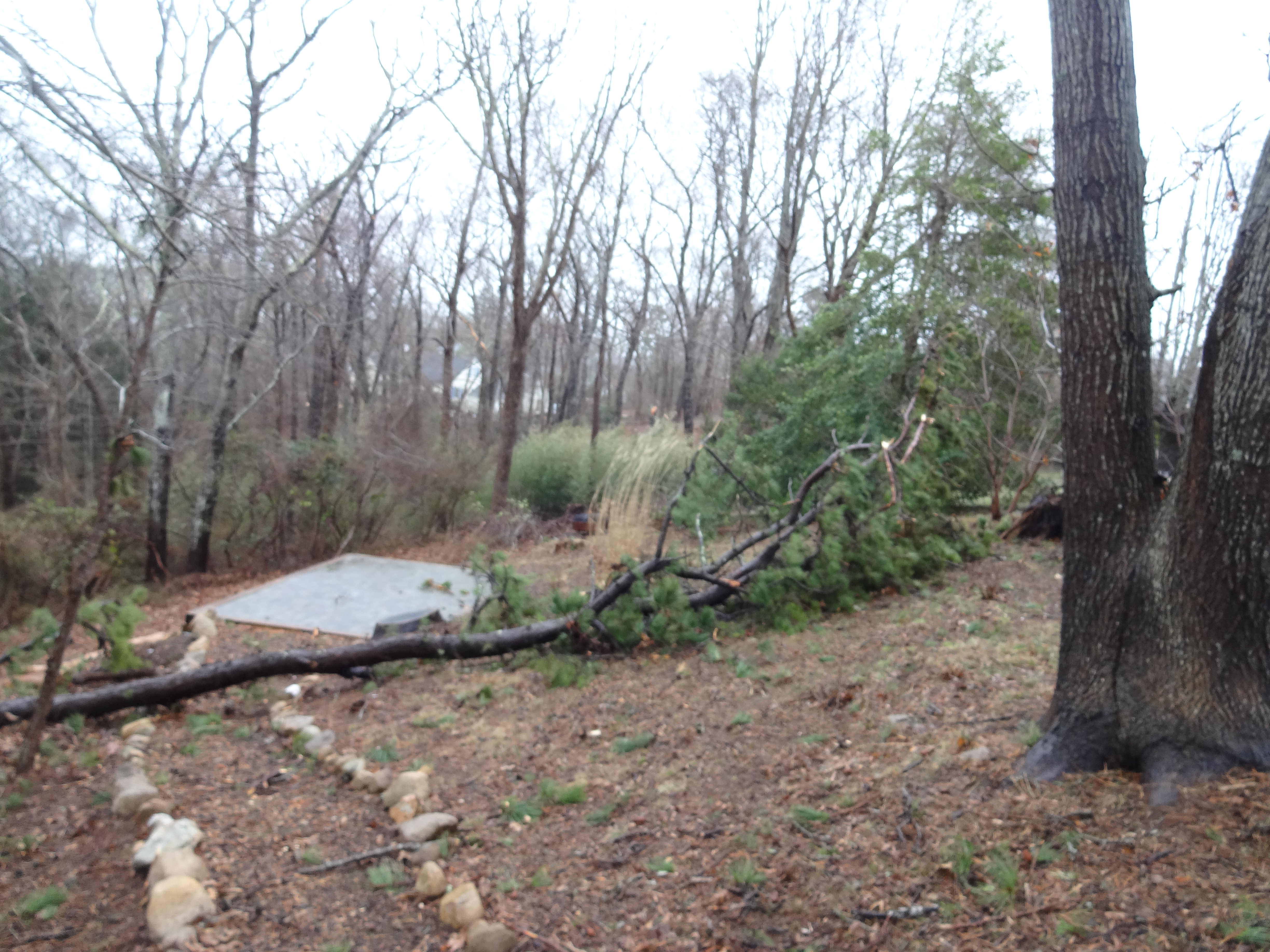 It’s unusual to get through a winter without “enjoying” a Nor’Easter or two. These coastal storms bring heavy rains and high winds. Last week’s Nor’Easter Riley was an over-achieving Nor’Easter – a turbo-charged Nor’Easter if you will. We love that our New England Boutique Inn is perched up high above Vineyard Haven harbor. It gives us glorious views out to sea. However the downside is that we sit nicely exposed for the winds roaring in off the sea. Last week’s Nor’Easter recorded wind gusts, where we are, of 90 mph and sustained wins of 60 mph, that’s just shy of being hurricane force winds. It got a bit hairy at times and when power finally was lost, we were glad that all our storm rations were close to hand; beer, ice-cream (well we’ve lost power so it’s only going to melt), candles (never a wrong time for romance), flash-light (to locate emergency beer should initial beer rations get low) and paper-clips & duct tape (good enough for Macgyver, good enough for me).
The winds brought down trees across the island and unceremoniously dumped boats in places for which they were not intended. The spectacular wooden boat the “Witch of Endor” came to rest next to the ferry at the Steamship Authority. Fortunately it did not suffer major damage and will be back giving charters from June. 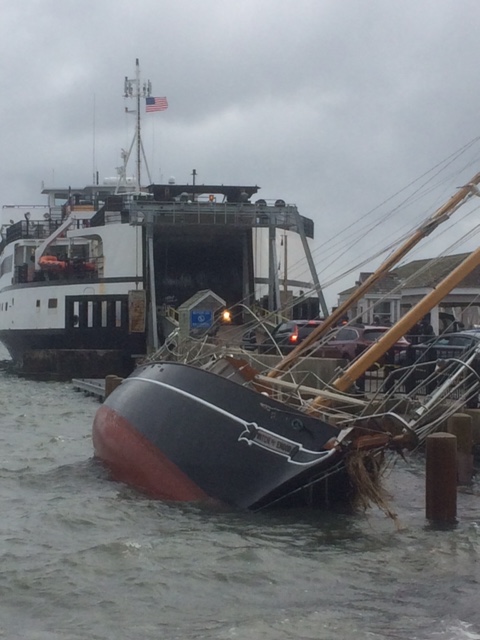 The storm winds, mutinous indeed, came straight out of Shakespeare’s “The Tempest”
………………I have bedimm’d
The noontide sun, call’d forth the mutinous winds,
And ‘twixt the green sea and the azured vault
Set roaring war: to the dread rattling thunder
Have I given fire and rifted Jove’s stout oak
With his own bolt; the strong-based promontory
Have I made shake and by the spurs pluck’d up
The pine and cedar………..

So we survived Riley pretty much unscathed (not so the beer) and what does Mother Nature throw at us? Nor’Easter Quinn! Hitting us tonight with 50 mph winds and heavy rain and maybe a foot of snow in Boston. The “Mighty Quinn” arriving with a wintery breath in New England. Hopefully this storm spares Edgartown the devastating flooding that was bestowed by Riley. 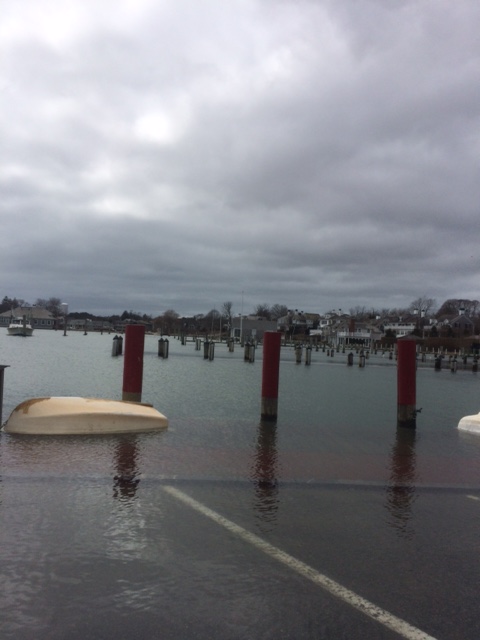 Spring awaits us in less than 2 weeks so hopefully this is the last winter storm for Martha’s Vineyard until we do it all again next year!